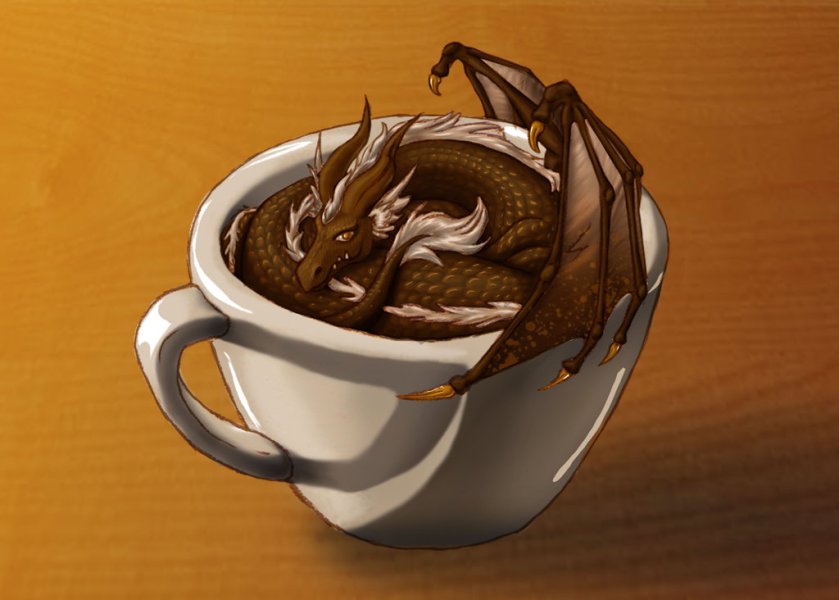 Starbucks is the undeniable “King of Coffee” in China, representing over half of the coffee culture there, but in just the last year. A few start-up venues have popped up looking to disrupt Starbucks’ Dragon with their own Pack of Wolves.

Coffee Culture is a relative thing worldwide. You go to a cafe or coffee shop, order your Cup of Joe of choice, you sit down and enjoy. Starbucks disrupted this model, to an extent, by popularizing on-the-go with the masses. Taking your fancy latte or frappuccino, in a paper or plastic cup, to be on the move.

New coffee shops popping up in China, one in particular at breakneck speed, are looking to disruptive the Chinese coffee industry. In ways not see since, Angelo Moriondo patented his steam-driven “instantaneous” coffee beverage making device in 1884!

Or, when someone left the coffee pot off the warmer for too long and it went cold, so they threw some ice in it and invented “iced coffee” fooling their customers into think “it’s a thing!” When it was totally not, and never was – and still isn’t! – a thing.

From my lay observation as just another coffee drinker, and person who has a decade long relationship with China, watching this space leaves me with more questions than answers.

Is China purposefully attempting to reinvent coffee culture to make it uniquely Chinese; much like they have done in other industries?

Will China’s tech-driven focus on creating coffee house chains truly solidify themselves or is this just a gimmick to scale their user base?

Recently many people outside of China have been discussing the boom of one coffee house that is on the path to opening 1000 stores in a single year, a feet that took Starbucks nearly a decade to do.

The cafe in question is Luckin.

A coffee house whose CEO is more concerned with building its user scale than profitability. Her words.

But, what makes a coffee franchise successful?

Of course, there is more to this than just that, but to simplify things I am only looking at these two aspects of what drives customers to the coffee house and then gets them to stay.

I have not tried Luckin’s coffee or Ratio’s, as of yet, so I don’t know the quality of their product. When I do travel to China next I will try both, but only their espressos. As I am an espresso drinking, and it is the base to the majority of all coffee drinks, and I have said before that one key aspect of Starbucks’ success, is their caramel-y bold espresso.

If Luckin’s coffee is comparable to Starbucks (I love their espresso, if that was not clear from above), do they have a feasible business model. A model that seems to be focusing more on growth numbers for data collection (in the vein of a tech start-up) than establishing a traditional coffee culture?

Luckin’s approach has been app driven, with all payments and orders done over the Luckin app. A source of data collection for the beverage / service / food industry, while also providing the convenience of ordering and paying via a smart device. Something that is key to China.

Luckin also focuses on coffee delivery, an area that Starbucks is moving into through a strategic partnership with Alibaba Group via food delivery start-up Ele.me.

This strategy has proven successful in Luckin’s ability to scale fast and furiously, but with all the talk around MoviePass‘ issues. Scale does not always translate into immediate success.

Does one having more cafes in China truly translate into, winning the coffee wars?

Probably not. As Starbucks is facing Luckin’s delivery challenge directly, while Luckin is pivoting to creating more sit-down stores. In its realization that being a coffee tech start-up, does not mean that you have fully created a new “coffee culture”.

I question Luckin using the tech sector’s “User Scale” model for its cafes. Something that could ultimately Workin China (ha ha puns!) but is still too early to know, but one thing is for certain. Since it launched in November of 2017, Luckin has become China’s first coffee unicorn. Exceeding a valuation of $1BnUSD.

A valuation and scale that appears to be Luckin CEO’s drive: fast delivery services, app driven user use and purchase, filling slots in Chinese cities that are not always prime for a Starbucks location.

Using this scale to grow, to then pivot towards a more traditional and stable model, could very well work in taking a bite out of Starbucks’ coffee flavored pie.

On the other end of this potential of disruption is, Ratio’s model of having a robot make your coffee to order. An interesting idea and something that could find its niche in Asia.

What I feel being lost here is the creation of a Chinese Coffee Culture for automation.

Automation is key for future advancements in many fields, but the lack of human interaction a coffee shop brings appears to be missing. Beyond a cheery server carrying your drink from bar to table.

If there was a automated coffee arm placed at each table (probably not cost effective at this time) then the gimmick of a tech-driven coffee house, could be its own thing, but that does not appear to be the case with Ratio at this time.

In Ratio’s & Luckin’s tech-savvy Millennial approach, the human interaction of ordering and then watching an actual person make your coffee is missing.

At Starbucks the baristas will whip up your order, no matter how weirdly mixed it is, or off menu, to your desire. Of course, the Ratio robot can do the same. Will watching a robot arm make your coffee supersede a human being taking the time to prepare that specialized order for you?

There is an innate human reaction, a chemical release in the brain, of another person making something specifically for another. A reaction that a robot or an app, no matter how specific you are in your order, cannot simply provide.

This is a fundamental aspect of Coffee Culture, that lures people into the cafe in the first place, but it is not what keeps them there. Quality beverages, reliable good service, a niche offering in the industry that the competition does not provide – something Ratio & Luckin obviously provide.

Neither of these coffee start-ups will put Starbucks out of business in China, but if their coffee is top-notch and their business models are sound. They can find their place across the Middle Kingdom, as either a specialty shop that offers a certain type of experience or as a coffee shop that offers mobility that not even Starbucks could content with.

No matter what happens there is one thing that is certain: The Coffee Wars of China have not even started to begin!

For more info on Ratio check out the always great to read Rita Liao.

For more info on Luckin or check out one of Jeffery Towson’s many articles on Luckin, Starbucks, and the business of coffee in China.

Don’t forget to sign up for our weekly newsletter The Huaxia Report!

About the Author
Born and raised in the Missouri-Ozarks Ryan studied Film Production, and East Asian Culture, at the University of Kansas where he was a UGRA recipient that led him on a seven-year long, Journey From the West, to China. Where he worked with Warner Brothers, the China Film Group Corp. and the National Bureau of Statistics of China. Before returning to the States, where he specializes in Chinese Anime & Comics, China’s Box-Office, and Chinese entertainment-tech industries. He has a dog in China, Abigail, and a dog in the Arkansas-Ozarks, King Blue, who help ease his anxiety of suffering from the “Two-Dimensional Complex” that is trying to understand the Culture Industry landscapes of the Middle Kingdom.